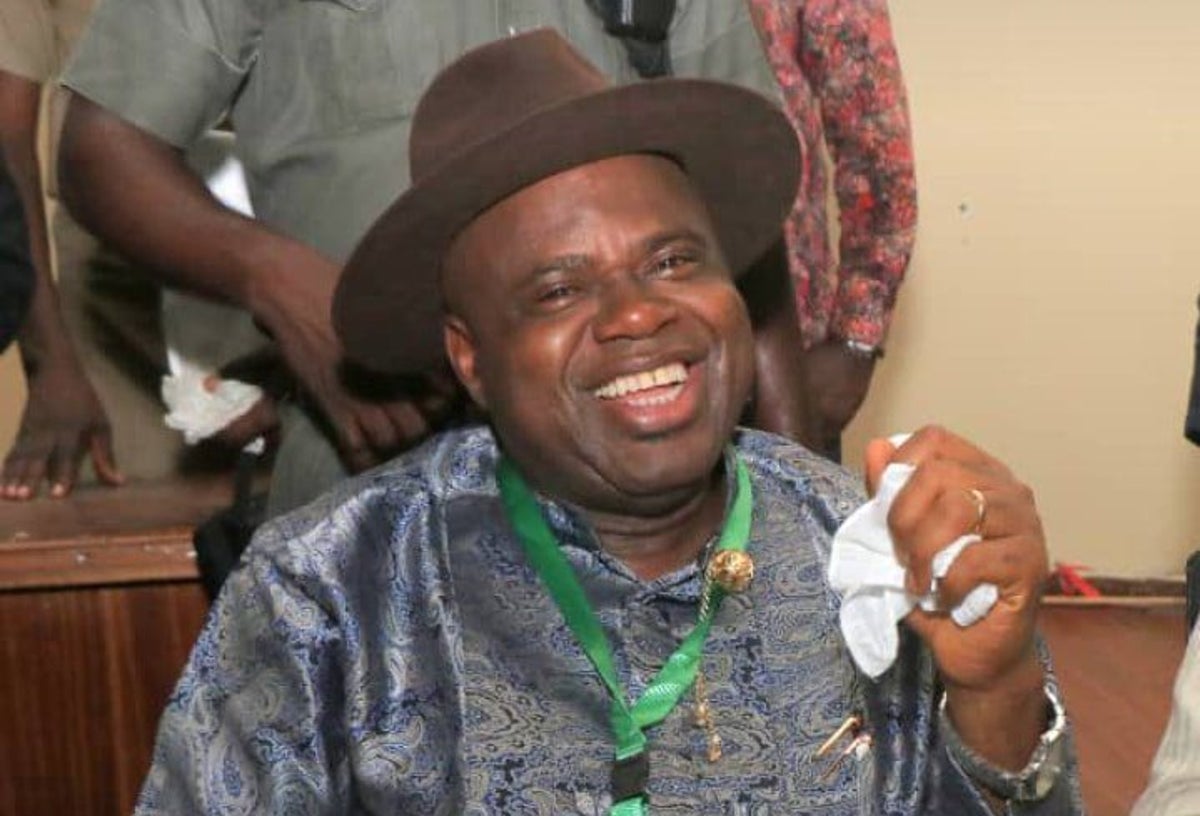 Douye Diri (born on June 4th, 1959) is a Nigerian politician and the Governor of Bayelsa State. He was the senator that represented the Bayelsa Central senatorial district of Bayelsa State at the Nigerian 9th National Assembly and gubernatorial standard-bearer of the PDP for Bayelsa state November 2019 Elections.

He was born into the family of A.J.M Diri of Kalama-Owinari compound of Kolokuma/Opokuma Local Government Area of Bayelsa State, Nigeria. He is a businessman, politician, and lawmaker currently representing Yenagoa/Kolokuna/Opokuma Constituency in the Federal House of Representatives.

Douye began his career in the teaching profession and taught in several Government Schools in the Rural Area in the Old Rivers State. After leaving the education section, he moved to politics.

He was later appointed as Commissioner for Youth and Sports 2005/2006 during Dr. Goodluck Jonathan’s administration in Bayelsa State. He became governing Council Board member university of Maiduguri from 2008-2012.

Hon. Douye was appointed Chairman of the People’s Democratic Party (PDP) Disciplinary Council, Bayelsa State in 2012. He was appointed Deputy Chief of Staff, Government House from August 2012 and a year later, was appointed as Principal Executive Secretary, a position he held until he signed in 2014 to contest for the Federal House of Representatives to represent Kolokuma, Opokuma, and Yenagoa Federal Constituency. He won the election in 2015. His legislative interests are in the environment and communications.

Douye Diri is married and a Christian. On September 3rd, 2019, Douye won the PDP gubernatorial primary election in Bayelsa state to proceed as the party’s flag bearer for the governorship election of Bayelsa, with 561 votes. He eventually emerged as Bayelsa’s State governor after the Supreme court invalidated the results of the 2019 Bayelsa State gubernatorial elections on grounds that the running mate of the actual winner of the election, David Lyon, submitted a fake certificate to the Independent National Electoral Commission.