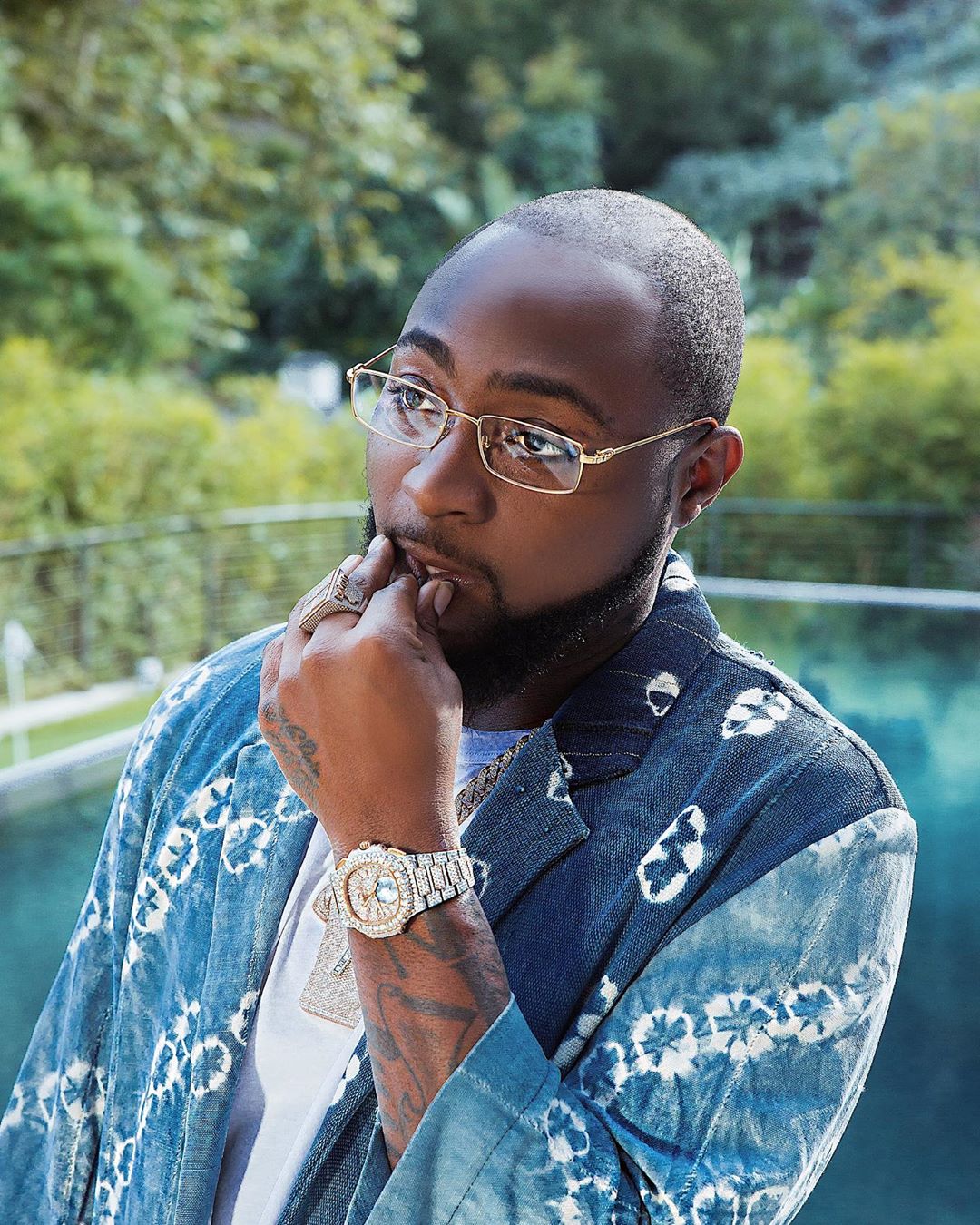 The richest musicians in Nigeria are undoubtedly the biggest Nigerian musicians with crazy popularity and reach, particularly those who have been around for up to a decade.

Most of these musicians are living the dream life all thanks to the successes they have and are enjoying. With constant European and African tours and making massive money from owning record labels and profiting from celebrities signed under them.

In this post, we have detailed the top 10 richest musicians in Nigeria and their net worth. Note that these things change periodically. We, however, promise to try and update this regularly. For now, enjoy this post!

10 Richest Musicians In Nigeria & Their Net worth

Below are the top richest musicians in Nigeria and their net worth, as on Forbes: 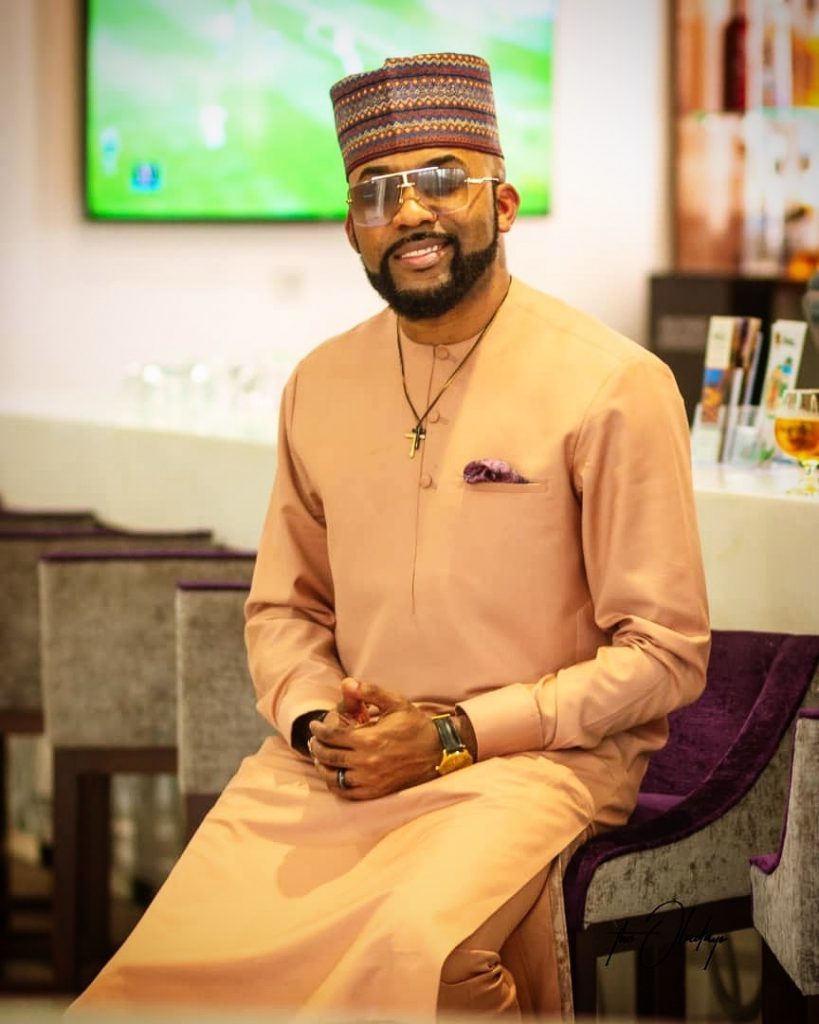 Banky W signed Wizkid to his record label while the latter was struggling to gain recognition in Nigeria. However, the international act would later leave EME after his Starboy album.

Banky W is more of an actor currently than a musician. Despite this, he remains one of the most bankable celebrities in Nigeria and also a brand influencer and ambassador for various top multinational brands like 9Mobile (formerly Etisalat), Samsung, Uber, and others with gains going into millions of Naira.

Banky W is one of Nigeria’s richest musicians with an estimated net worth of $5 million.

Olamide Adedeji (born 15 March 1989) who is popularly known as ‘Olamide’ or ‘Badoo’ is an indigenous Nigerian rapper, singer, songwriter and label owner of YBNL record label. Olamide started out as a musician shortly after the indigenous rapper, Da Grin passed on in a fatal accident while returning from a club.

Olamide has been one of the richest Nigerian rappers a while now and has remained consistent ever since he set up in his musical sojourn. He owns YBNL and has churned out amazing talents over the years including, Lil Kesh, Adekunle Gold, Chinko Ekun, etc. Besides being a songwriter and a musician, Olamide is regarded as one of the best rappers in Nigeria 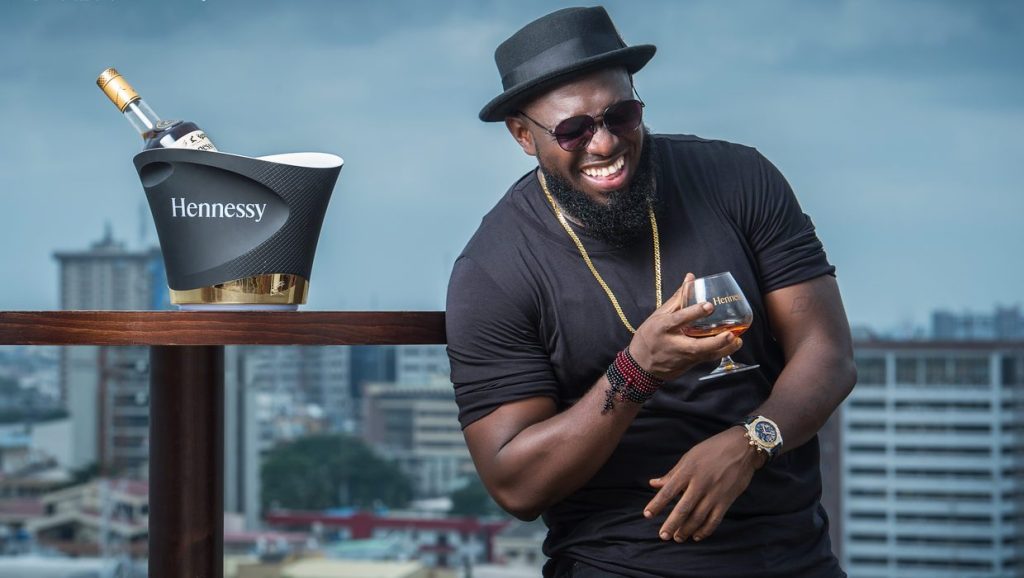 Enitimi Alfred Odom (born 15 August 1980) professionally referred to as ‘Timaya‘ is a Nigerian dance hall musician, songwriter and recording artist from Bayelsa, South-South Nigeria. He is the owner of the music label, Dem Mama (DM) Records.

Timaya though loves to keep a low profile by not trending for wrong reasons but he is undoubtedly one of the richest musicians in Nigeria.

Timaya reportedly charges N8 million per show just to perform which makes him one of the highest-earning musicians in Nigeria.

Timaya has quite a handful of high-profit endorsement deals signed with top brands operating in Nigeria. Some of these brands include Nigerian TeleCo, Glo and Cognac brand – Hennessy Nigeria PLC e.t.c.

Timaya has an estimated net worth of $9 million, making him one of the richest musicians in Nigeria. 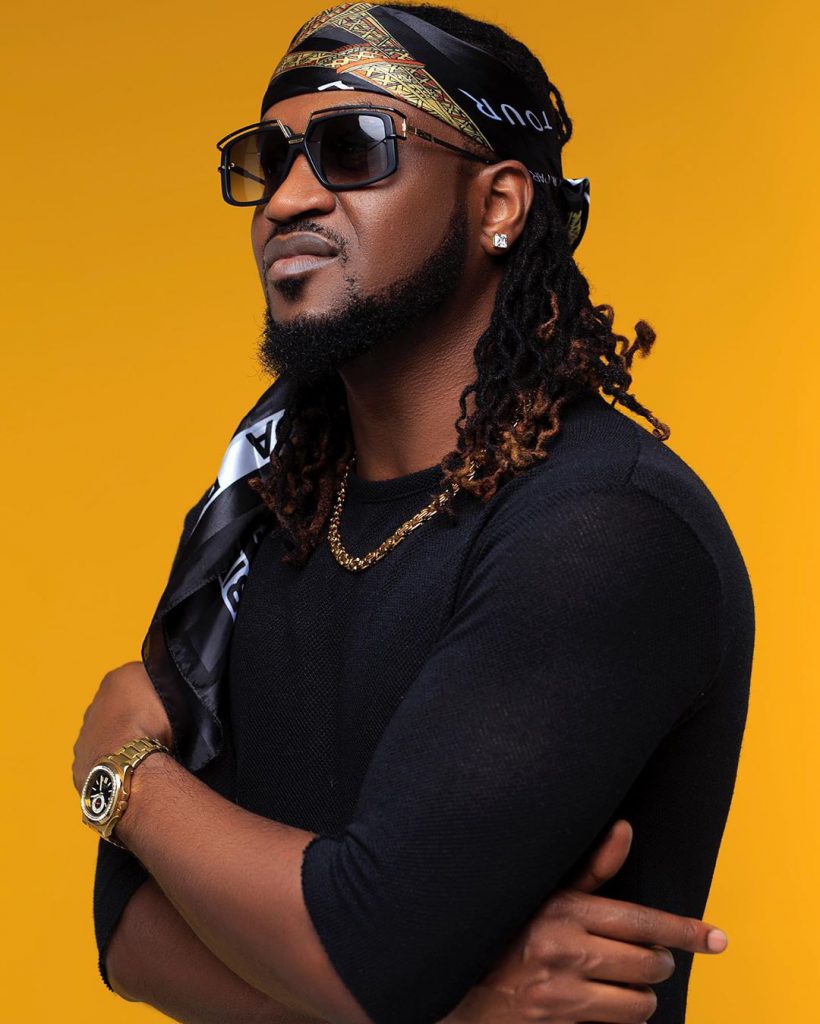 Paul Okoye (born 18 November 1981), popularly known by his stage name ‘Rudeboy‘, is a Nigerian musician, songwriter and recording artist and a member of the defunct P-Square group. He is the record label owner of Rudeboy Records and the twin brother of Peter Okoye, popularly referred to as Mr. P.

Ever since his split with his twin brother, Rudeboy has enjoyed massive success following back to back hit songs including ‘reason with me’ and ‘Audio Money‘, which has propelled him to embarking on tours within Nigeria, Europe, across Africa and the United States.

Paul Okoye, popularly known as Rudeboy is one of the richest musicians in Nigeria with an estimated net worth of $10 million.

Peter Okoye (born 18 November 1981), popularly known by his stage name ‘Mr P‘, is a Nigerian musician, songwriter and recording artist and a member of the defunct P-Square group. He is the record label owner of P Classic and the twin brother of Paul Okoye, popularly referred to as Rudeboy.

While as a member of the defunct Psquare group, Peter was regarded as the more stylish, Usher Raymond-like and more importantly, the dancer of the duo. Unfortunately, Peter walked away from his twin after several years of success with his twin brother over what he termed ‘disrespect’ to him and his immediate family, particularly his wife Lola Okoye.

Peter Okoye, popularly called Mr. P has an estimated net worth of $11, making him one of the richest musicians in Nigeria and the richest of the Psquare group. He is also the CEO and owner of Zoom Lifestyle Lottery and owns a mansion in Atlanta, Georgia, beside his twin brother’s.

Oladapo Daniel Oyebanjo (9 June 1980) professionally known as D’banj or Koko Master is a Nigerian born musician, singer, songwriter, entrepreneur, and television personality. He is the label owner of DB Records.

Dbanj at some point was the most influential and most widely known Nigerian musician until his relationship with his former producer and friend Don Jazzy crashed.

DBanj picked his name from a combination of his first name, Dapo, and his surname, Oyebanjo. Although Dbanj has rested a bit from making music compared to way back, his investments in Nigeria and abroad have made sure DBanj remains one of Nigeria’s richest musicians.

One of DBanj’s companies, CREAM Platform was valued at $100 million by an American firm.

Dbanj is one of Nigeria’s and Africa’s richest musicians in Nigeria with an estimated net worth of $12 million. 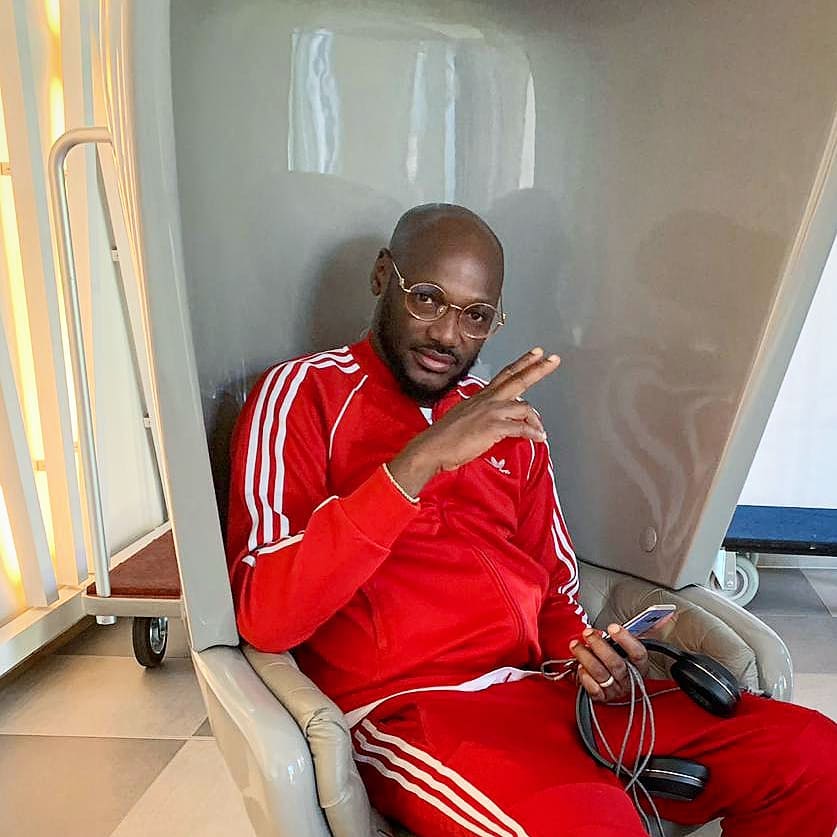 2Baba is undoubtedly the most respected Nigerian musician today and is the only solo musician that has successfully released back to back hits for over a decade. The other being the defunct Psquare group.

2Baba is one of the oldest musicians in the music industry having spent 20 years and transited greatly from a boyband group, ‘Plantainshun Boys’.

The legendary has multimillion endorsements in his belt with several top multinational brands. Some of these brands include Globacom, Campari. Guinness, etc.

Innocent Idibia also referred to as 2Face Idibia or 2Baba is the most respected Nigerian musician and regarded as a living legend with an estimated net worth of $12.5 million.

Ayodeji Ibrahim Balogun (born 16 July 1990) professionally known by his stage name Wizkid or StarBoy, is a Nigerian musician, songwriter and record artist born into a polygamous home in Lagos, Nigeria.

Wizkid is one of the most popular acts in Nigeria with an international reach. In 2018, he was reported to have been paid $681,200 (N245.9 million) to perform in India at a Royal wedding at Umaid Bhawan Palace.

Wizkid has many and several endorsements to his names, just as luxury properties within and outside Nigeria. Wizkid has lots of endorsement deals with brands in Nigeria and around the world. Some of these brands include Glo, Pepsi, Ciroc, Nike, and Dolce & Gabbana.

His record label, Starboy has several big names within and outside of Nigeria in it. Some of the musicians signed into Star Boy records include Legendary Beatz (Uzezi & Okiemute Oniko), L.A.X, R2bees, Mr. Eazi, Efya, and Terri.

Ayodeji Ibrahim Balogun popularly referred to as Wizkid has an estimated net worth of $14 million, making him one of the richest musicians in Africa and Nigeria. 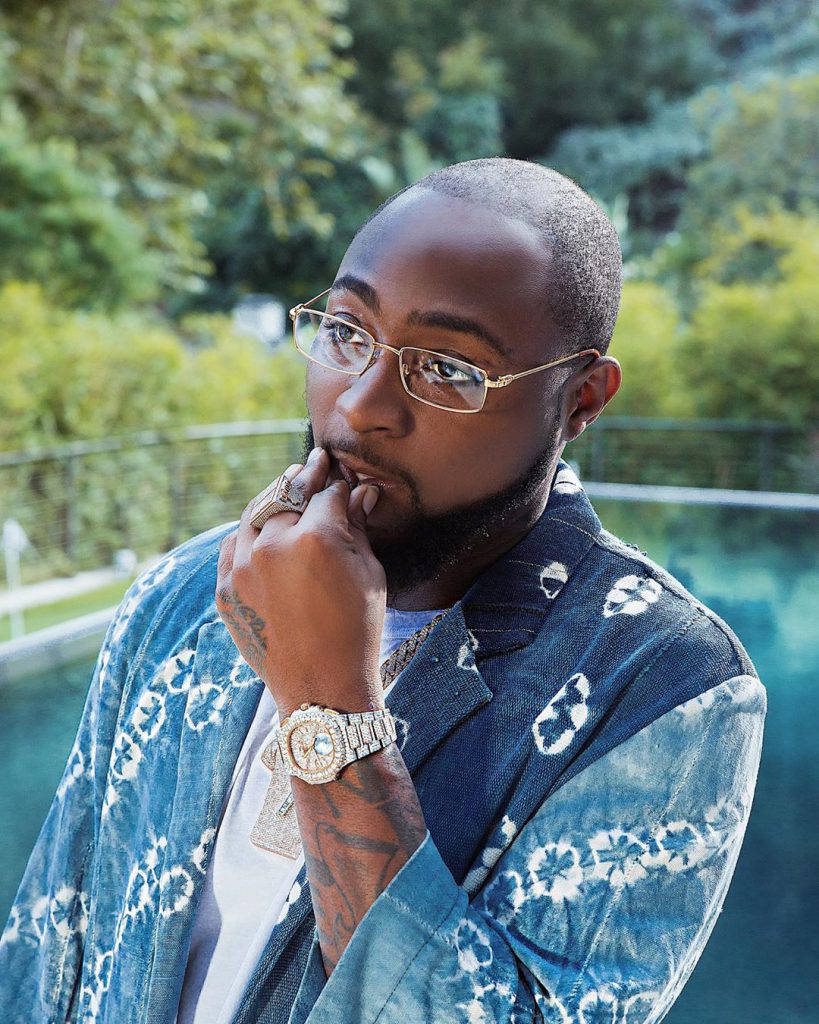 David Adedeji Adeleke (born 21 November 1992) popularly referred to as Davido is a Nigerian singer, songwriter and record producer who is currently based in Nigeria, West Africa. He was born in Atlanta, Unites States of America but was raised in Lagos State, Nigeria. He is the joint-Nigerian musician with international reach alongside Wizkid.

Davido’s father is a Nigerian business magnate and his late mother was a university lecturer. He attended the British International School in Lagos. Davido studied business administration at Oakwood University prior to relocating to Nigeria. Davido’s interest in music started during his time at Oakwood University.

He bought musical equipment and started making beats, in addition to recording vocal references. He dropped out of Oakwood University when he started getting bad grades and relocated to London, where he focused more of his energy towards vocals as opposed to production.

Davido never fails to splurge or show that he is wealthy. The DMW boss no doubt has a large heart and never fails to take care of celebrities signed under him.

Davido is one of Nigeria’s biggest and richest musicians with an estimated net worth of $16 million. 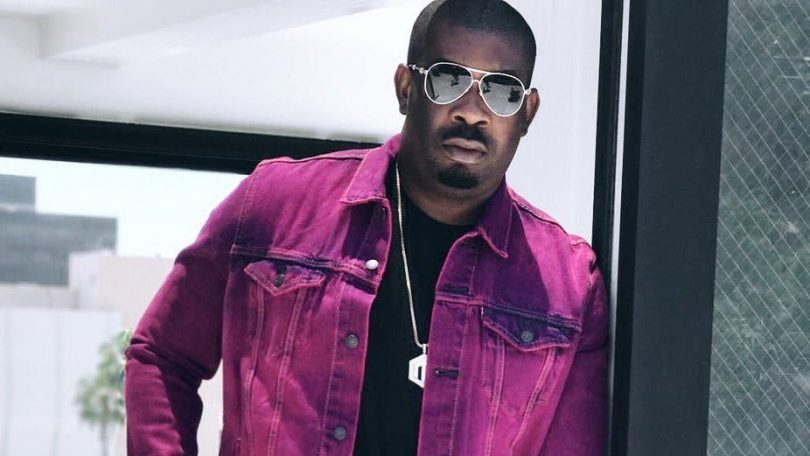 Michel Collins Ajereh (born 26 November 1982) who is popularly known as Don Jazzy is a Nigerian music producer, singer, songwriter, and entrepreneur. He is the founder of the defunct Mo-Hits record label in 2012 which had D’banj, Wande Coal, Da Prince, etc on it. Sadly, the label went into oblivion following the departure of his main star, D’banj who signed for Good Music label owned by Kanye West.

Don Jazzy reportedly worked as a security guard in the United Kingdom and found opportunities with playing bass guitar as it became a source of income.

Don Jazzy is Nigeria’s most respected music producer with an estimated net worth of $30 million and he is the richest musician in Nigeria.

Wrapping Up!: Although Don Jazzy is the richest musician in Nigeria since he rarely sings and largely focuses on production, we cannot exclusively refer to him as a musician even though he constantly harmonizes songs of members of his record label. Given this, the richest musician in Nigeria would be Davido!
If you enjoyed this content, kindly share this post and leave a comment if you can. Your feedback means a lot.

21 Most Expensive Cars In The World

PSG Players & Their Net Worth

Burna Boy vs Davido: Who is a Better Musician?

10 Highest-Paid Football Managers in the World

15 Richest Athletes in The World

20 Richest Athletes in The World – Forbes

Top 15 Most Beautiful Actresses in Nigeria

Top 20 Richest Footballers in the World

Davido vs Wizkid Net Worth: Who is Richer?