Wizkid was born Ayodeji Ibrahim Balogun on July 16, 1990, in Lagos, Nigeria, to Mr. and Mrs. Balogun. He was born into a polygamous family – his father had three wives. His mother is a Christian and his father a Muslim. Wizkid who followed his mother to the church began singing in his local church at the tender age of 11 years. He was not only a good vocalist but became a lead singer in his church in no time.

Before he finally settled for the stage name Wizkid, he performed using other names such as “Glorious Five”, as well as “Lil Prinz”. While using the name Lil Prinz, he was able to record an album with 7 tracks.

Wizkid’s big break in the music industry came in the year 2009. This is after successfully collaborating with renowned musician M.I. The two artists produced the award-winning track “Fast Money” which not only went ahead to receive many nominations and awards but also received a lot of airplay both in Nigeria as well as in many other African countries.

Ayodeji Balogun, popularly known by his stage name, Wizkid or Starboy, is one of Nigeria’s most influential and biggest musicians with an estimated net worth of $14 million. Wizkid is the third richest musician in Nigeria, after Don Jazzy and Davido.

He has his own music label Starboy Entertainment founded in 2013. He also makes lots of money from his many endorsements. In 2012, he signed a one-year endorsement deal with Pepsi reportedly worth $350,000.

The multi-talented musician owns two massive and quite expensive mansions. One in Lekki and the other one in  Los Angeles. The Lekki mansion is said to be worth N70 million. 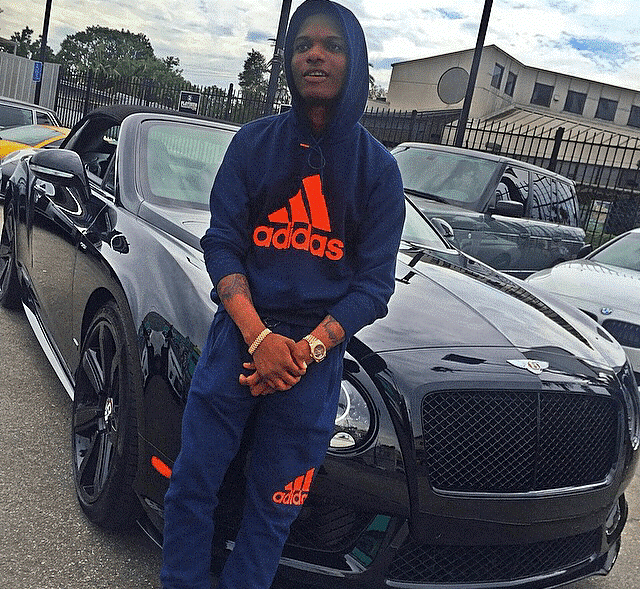 Wizkid who has a penchant for beautiful cars has the following in his collection; a Black Honda Accord I-VTEC,  Porsche Cayenne, Mercedes 2012 Compressor, BMW X6, Hyundai Sonata, Bentley, and Porsche Panamera.

21 Most Expensive Cars In The World

PSG Players & Their Net Worth

Burna Boy vs Davido: Who is a Better Musician?

10 Highest-Paid Football Managers in the World

15 Richest Athletes in The World

20 Richest Athletes in The World – Forbes

Top 15 Most Beautiful Actresses in Nigeria

Top 20 Richest Footballers in the World

Davido vs Wizkid Net Worth: Who is Richer?